Coming to the festival and want to see all the shows? Participants can buy the Show Pack when paying for their classes, which gives them access to all the shows.

Tickets for shows in An Grianán can be purchased through An Grianán Theatre, Letterkenny.

Tickets for A Handful of Dreams are free, thanks to Earagail Arts Festival. 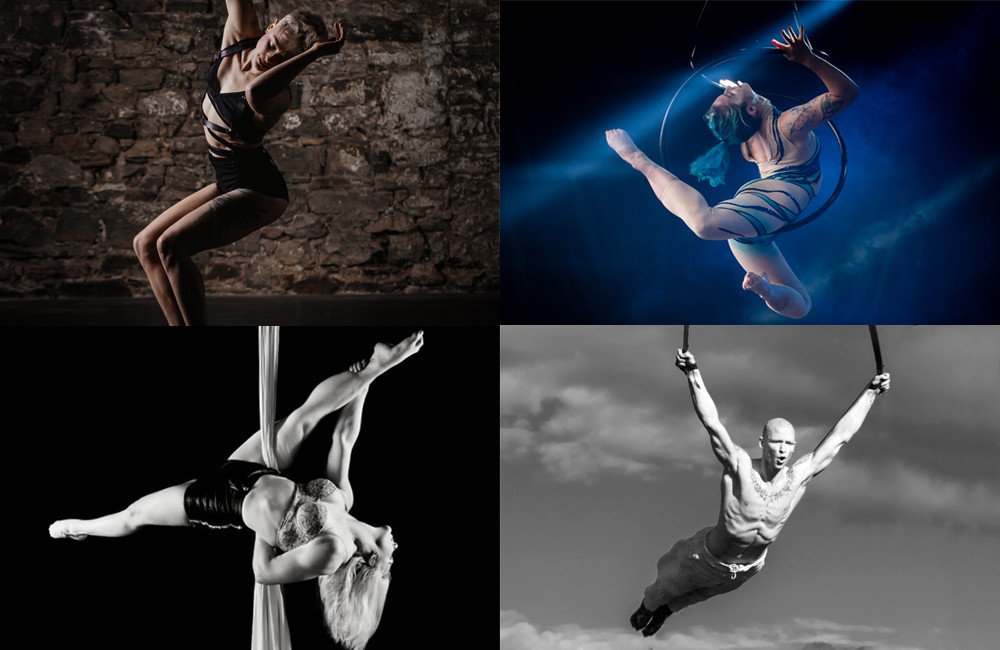 The Irish Aerial Dance Fest begins their festival of shows with some performances from teachers (and past teachers)! 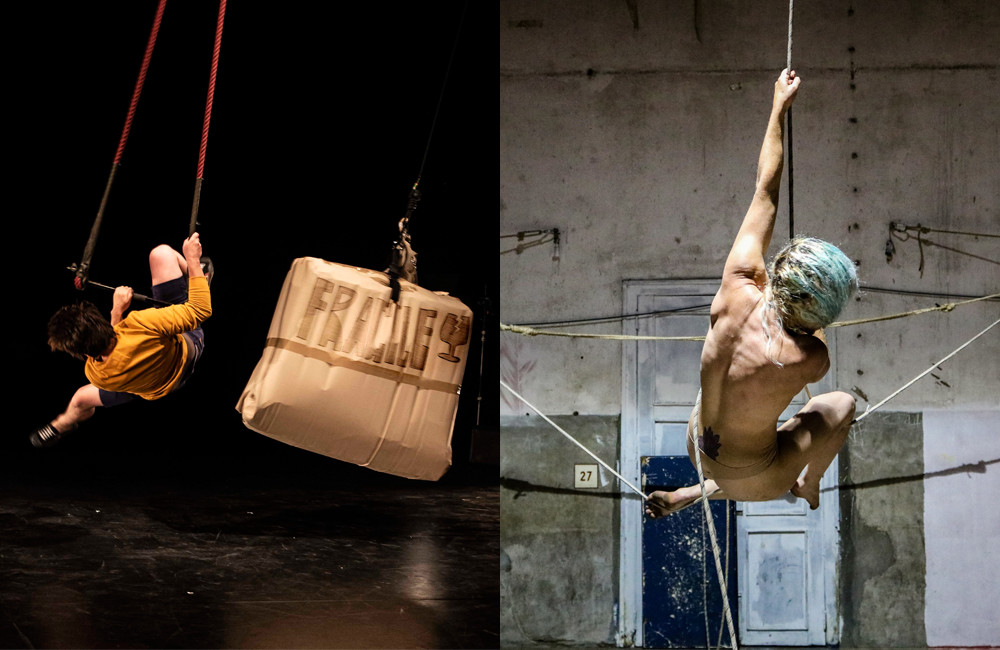 TearAway – Suzon Gheur (45 mins)
Imagine a few boxes dispatched on the stage – from which you’ll have to think out of. Imagine a trapeze that comes to life, at times as a friend, at others as an enemy. One quest: to deconstruct the stereotypes conveyed by the aerial world, such as thinness, flexibility, elegance and sensuality.
Suzon jumps out of the frame – completely and literally. On the trapeze, she combines breakdance, tradition and zero gravity in an unusual and unprecedented manner.

Martyr – Kathleen Doherty (40 mins)
Female-driven, emotionally charged, visually captivating. Martry is a direct and threatening view of the human psyche and the power that religious fervor can hold.

From the raw realness of the female form, bound and trapped in a repetitive loop, to the chaotic movements of a soul driven mad. Heavily littered with esoteric and occult symbolism.

Martyr is a work by Alexandre Duarte and Kathleen Doherty. It is multi-disciplinary, blending dance, physical theatre, performance art and the aerial arts.

Combining innovative atmosphereic design with ropes, aerial equipment, intense soundscape, moveable lights, and a chair. We invite you to enter what may be experienced as a nightmare that hints at current events and darker political agendas.

CONTENT WARNING: This show is for a mature audience and contains nudity. There will be an intermission before this show. 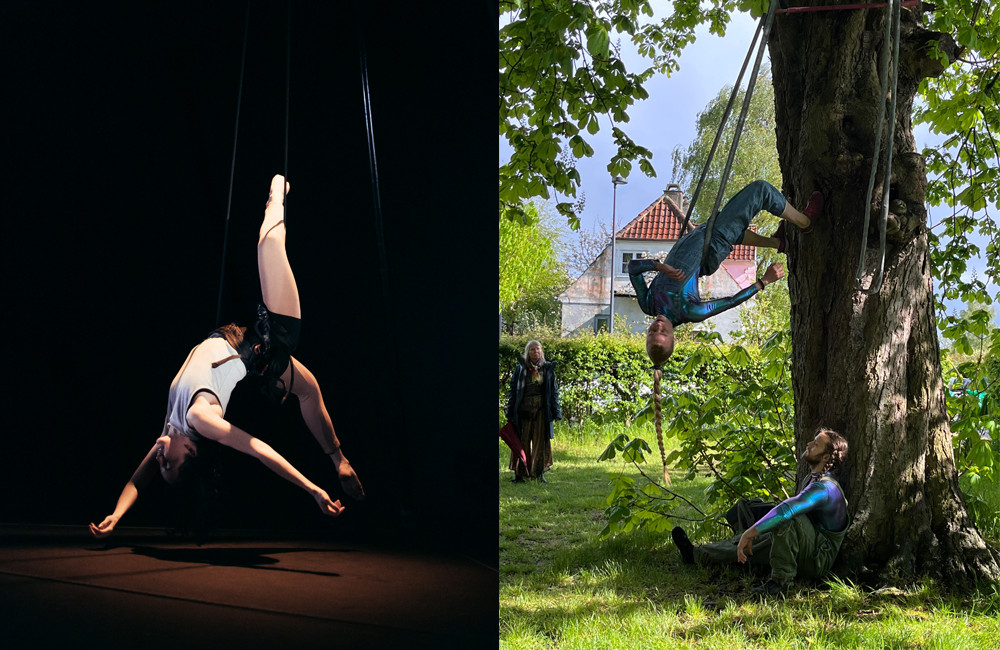 Emma Insley Night – Losing Your Body and Like Lichen

Losing Your Body – Rachel Ní Bhraonáin (40 mins)
How far can the body be pushed before it pushes back?

This dancer is primed for success — a ﬂat in London, a ﬂexible day job, trendy friends and the occasional gig go-go dancing. Her migraines are getting worse. But she just has to keep hustling. Any day now she’ll get her big break. If her breaking point doesn’t get there ﬁrst. Told through theatre, dance, aerial and a healthy dose of self-deprecation. The truth is bubbling under the surface and she’s about to let it spill.

Like Lichen – The Amazing Other (Denmark) – 25 mins
This show is a work in progress.

Like lichen, we are also an organism, consisting of several beings, each with their own role, and an important addition to the whole, such that without one part, the organism is no longer the organism.

In this way we want to be lichen, and already we are.

What is the difference between an organism consisting of two species in deadlocked symbiosis, and an ecosystem regardless of size. 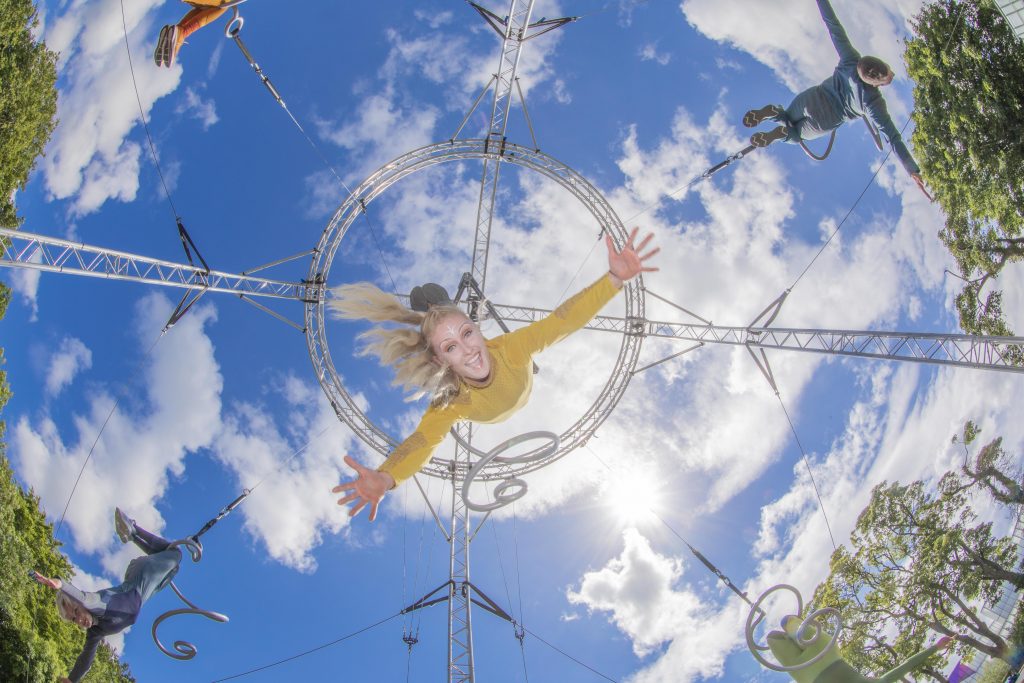 A Handful of Dreams by Fidget Feet

A Handful of Dreams is an awe-inspiring and heart-warming outdoor show that combines aerial and circus arts with live Irish traditional music and dance. Infusing a specially designed outdoor rig with an ancient magic, this beautiful celebration will connect to the hearts of each audience member while restoring the joy of being alive.

The show is inspired by the poem The Stolen Child by William Butler Yeats (1865–1939). The innovative musical score is grounded in traditional Irish music and folklore but embraces a world of contemporary composition and sound design.