Lee started dancing at the age of 21 and graduated from London Contemporary Dance School with a 1st degree. He has guessed with ENO, The Charnock Company, Companhia Portuguesa de Bailado Contempreano, Random Dance Company, Kerry Nicholls, Vincent Dance Theatre, Aletta Collins.   Lee often when not dancing is seen on the side of buildings performing aerial dance with Gravity and Levity and also running the set of Walk the Plank’s S.W.A.L.K as the messenger, amongst live pyrotechnics. Film and TV credits include the ‘The Wizard of Earthsea’. “Finding Neverland’, ‘Frankenstein’ directed by Michael Howells and Mark Baldwin, ‘Jaguar Cars’,’ The Rite of Spring’, ‘MTV’ and ’Top of the Pops’   He danced with Walker Dance Park Music 2000-2007. Performing ‘the 3 of us’, ‘The Self’,’ Silence of the Soul’, ‘Essence’ and ‘5-2-10’. Lee has been nominated twice for Outstanding Male by the Critics Choice Circle 2005 and 2007 and for the Time Out Live Awards 2008. Lee performed as a dancer and aerialist in the West End show Lord of the Rings.

Lee’s first encounter with Fidget Feet was on the production RAW, in 2008 He is now associated artists with Fidget feet and is one of Fidget Feet’s main performers, teachers and riggers. He has worked on The Snow Queen, Catch me, Hang on, Firebirds, A Fairies’ Tail and The Elves and the Shoemaker.  In 2013/14 Lee will be working on the company’s upcoming production, The Second Coming.

Lee teaches, choreographs and devises on the floor and in the air, regularly for various companies and dance establishments across the United Kingdom and Internationally. In the UK Lee has been in collaboration with Mad Dogs Dance theatre over the last 5 years working towards a full length work and 2014 he will be working with Company Chameleon on their new production ‘Beauty of the Beast’. 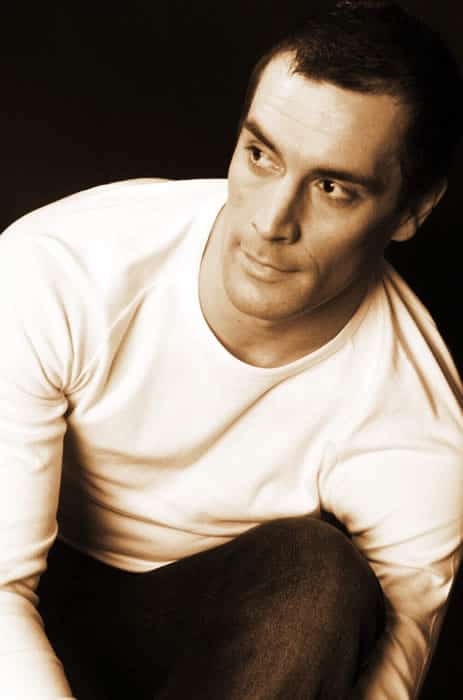