Toni Gutiérrez is a professional circus artist, specialized in duo trapeze and rope. He has been trained at Rogelio Rivel Circus School (Barcelona, Spain) and with the recognised teacher Yuri Sakalov (ESAC, Brussels, Belgium). Related to rope, he gets during two intensive years (2010/11) the knowledge from Emiliano Ron (Barcelona, Argentina) and a bit after with Helene Embling (NICA, Melbourne, Australia).

He has been working with his former duo trapeze company Amnoticos (2011-2013) around Spain and Australia. Toni has also performed with the companies Silosenomecuelgo (Catalonia), Cirque Dreams (USA), Circ Cric (Barcelona), Cia. Ciclicus (Brasil-Spain), Duo Toni & Mila (France-Spain), Overhead Project (Germany) and the physical theatre company LosCorderos (Spain). He was also worked together with other independent dancers and musicians in experimental projects that mixed rope and dance.

Since 2014 till today he has been mainly busy performing and directing together with Asvin López and their own company La Fem Fatal, – specialised in acrobatic duo trapeze-. They have been performing non-stop their two short pieces Anton i Polina and EJE36 and have been integrated as part of bigger shows, festivals and galas all over the globe during the past five years. They can be seen nowadays and during the winterseason in the recognised german Cabaret Palazzo, in the show, Ladies First .

In the pedagogical side, he has been teaching aerial circus since 10 years around many circus schools and institutions and giving workshops around Europe, India and Australia. Thru his interest in social circus projects, a side that really feeds himself, Toni got to know Fidget Fee. He was part of the Bingo Wings project, based in sharing his circus knowledge with older and young generations thru county Kerry. 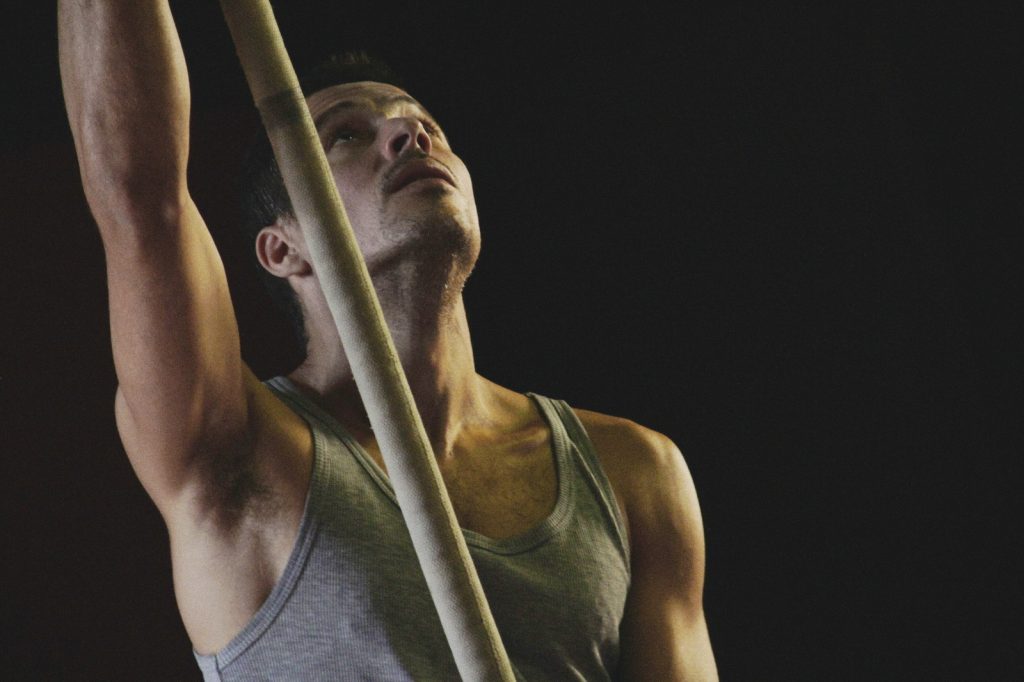